Extra, Extra…Read All About it! 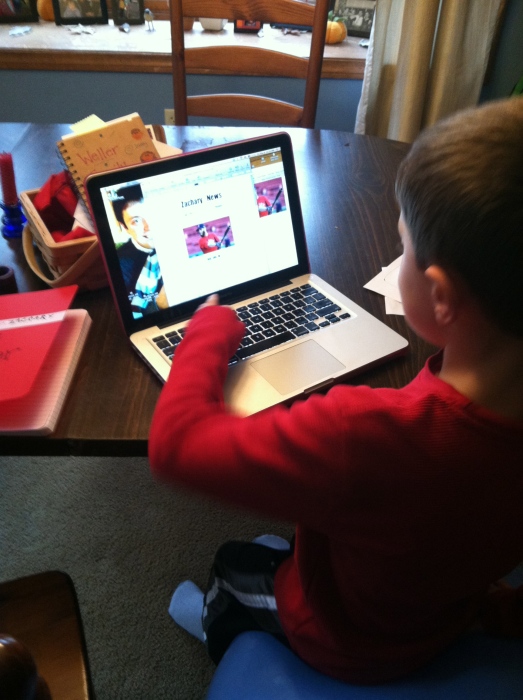 For the month of November Z and I did a unit on Journalism.  This unit was inspired by his struggle with the site words: Who, What, Where and Why.  I thought that the best way to introduce these words was through creating his very own newspaper.  We started the unit by studying the local paper and discussed the different parts and the roles and jobs necessary to produce a newspaper.

Next came planning out the paper.  Z decided he wanted a sports story to be the front page, he wanted to conduct an interview (he chose his cousin G) and knew that Legos needed to be included.  He ended up writing 3 stories, had the interview, two cartoons and a LEGO corner where he showcased his creations and some creations of friends.

One of my favorite sections was the classified ad section.   We charged 10 cents per ad and people put in pictures, notes, real life ads and funny ads.  Between the ads and the selling of the newspaper (there was an e-edition and a paper copy), Z raised almost $20 for charity!  He is donating his money to Pure Water for the World. 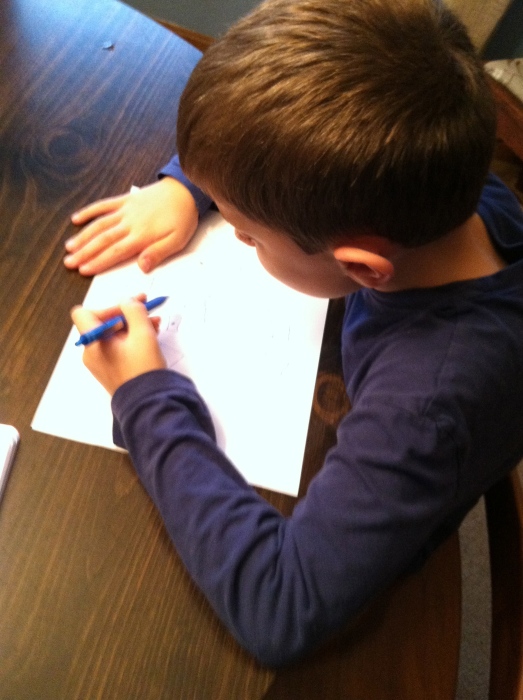 This was such a great experience for both of us and Z learned so much along the way.  Not only did he practice his writing, he worked on Word Processing skills, learned to edit, learned all about journalism, conducted his first interview, learned how to make a spreadsheet, learned about money and so much more.  Today we have a business lunch to finalize the last details of the paper, work on plans for the Winter Edition, talk about our job application (we have two interested applicants) and celebrate the success of the first edition.  I am one proud mama and so looking forward to our next unit, Holidays Around the World!

2 responses to “Extra, Extra…Read All About it!”