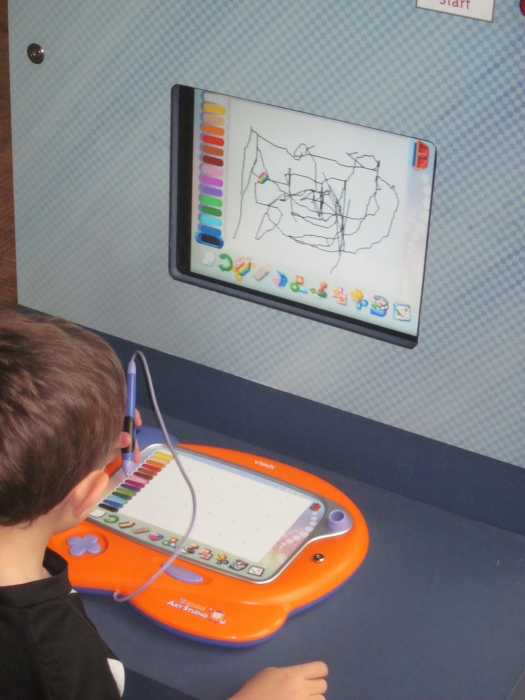 My son is 4 years old and was born at the end of September.  From the minute he was born and I found out he was a boy, I knew I would be holding him back a year and waiting until he was 6 to start Kindergarten.  Our school district’s cut off date for Kindergarten is September 30th, my son makes it by 4 days.  Despite this fact my husband and I feel that he may be ready academically, we do not think he is ready socially and feel that he would benefit from having the extra year.

My friend is in a similar boat with her daughter and called our local public school to see if holding our children back would be a problem.  She was told that it was up to parental discretion and so we searched for a private kindergarten and planned to send our children to public kindergarten when they turned six.  The search was long and tedious but we did find a school that was inexpensive, had room for them and seemed friendly enough.  I emailed the principal of our local school to see if there were any forms we had to fill out so that the district would be aware that they were taking the extra year and she wrote back telling me that holding them back was not an option.

She told me that in our district, you must send children to kindergarten if they are turning 5 by September 30th.  If they are turning 6 by September 30th, the must enter first grade.  She told me my only option for holding him back was to “hide” him from the district for two years until he should be in second grade and then I would be able to enroll him in first grade because the school can’t push him forward without having had a year of first grade.  She told my friend that she herself was a September birthday and that she did really well in school.   She said we should not be concerned and that my son and my friend’s daughter would be just fine and if they weren’t academically ready for 1st grade they could go into the “Transition” program for a year and then continue onto first grade.   We told her that we had been told it was parental discretion and asked if there was anyway around this.  She responded with the fact that it had never been up to the parents to make this decision and that sometimes the superintendent makes exceptions but not often.

I was livid with this email (and phone conversation that my friend had)…..who was she to tell me when my son was ready for Kindergarten without ever having met him??  Why should he enter when I know he is not emotionally ready and then maybe move into a “Transition” year while his new friends move on to first grade??  Why would I put him in this situation when I have done extensive research on the benefits from having an extra year, especially for boys!  As both a parent and an educator I was disgusted and this forced me to take a close look at the school system I would be fighting to send him to.  Well my findings are enough to fill another blog post but I can tell you that I have decided not to fight.   As an educator I was always told that decisions regarding students must have the parents approval.  Besides the child, the parent was the most important member of any team meeting regarding a student.  It seems ludicrous for this district to think that they know better than I, especially since he only makes the cut off by 4 days.  Absolutely crazy!

“A mind that is stretched by a new experience can never go back to its original dimensions.”

This quote came up on my friend’s facebook page today and it made me smile.  It beautifully sums up something that my husband and I feel so strongly about, lasting happiness comes from experiences.  It is said that buying a new toy, gadget, clothes etc. will only bring happiness for about 9 months on average.  An experience however, even if it is only a brief period of time, can last much longer than that…..sometimes the memories of an experience can bring happiness for a lifetime.  My husband and I have spent the last year trying to minimalize our lives and try to make a conscience effort to buy less.  I must be honest, it is hard to give up life as a consumer, I have spent the last 34 years being trained to be one (a good one at that)!  We are doing our best and trying to teach our children that experiencing life is far more rewarding and will make you much happier than buying a “thneed” (as Dr. Seuss would say).

A few months ago I came across an article about a mother who bought a used RV and took her children on a 3 month explore of our country.  She homeschooled them on the road and reading about their experience made me very emotional.  How wonderful to spend that time together and learn about our nations history, geography and environment first hand.  Yes they had their share of breakdowns, cramped quarters and her husband had to work through the majority, but overall it was an amazing experience.

I could not locate their story but I was able to find stories of a few families doing the same thing.  I am so intrigued by this idea of taking time to be a family and explore and learn about our country, “live history” as the dad in the video below says.  These children have learned so much from their journey and the experience will stay with them for the rest of their lives.  I hope that whichever educational path that we choose, that experience will be at the heart of it.

I finished watching Waiting for Superman the other night with an empty pit in my stomach and tears in my eyes.  As a former elementary school teacher I knew our nation’s schools were in trouble, but I had no idea how bad it really was.  Watching this movie you get to see the pain on the faces of a handful of parents from all over our country, trying to avoid their neighborhood schools to make a better life for their kids.  It was absolutely heart breaking.

Our public schools are failing.  And it is not just the poor schools that are failing, many of the well to do suburbs also have failing schools.  Almost 10 years ago, the government took action with it’s No Child Left Behind legislation.  No Child Left Behind brought both democrats and republicans together to help our broken schools.  There may be some good ideals within this law but the truth of the matter is you cannot truly make change in education until you rework the entire way we educate children in this country.  No Child Left Behind put another layer of bandage onto a very broken system.  It added a mandatory test for every school to measure the effectiveness of the law.   Schools are failing these tests and so they have been marked as a “school in need of improvement”.  They then have to create a plan for how they are going to get out of this status with little to no resources (and a few ineffective tenured teachers on staff).  The plan that they create usually is filled with test prep work and when the students still fail they are desperate to make change.  That is when they throw their school mission and philosophies out the window and purchase a “Miracle Literacy Program” aka Basal Reader.  Now with these new programs any monkey can be a teacher and use the cookbooks to teach the class.  Many good teachers are being driven away because their creativity and ideals are no longer valued and you are left with a broken school system with layers and layers of bandages that are not helping one bit.  So now what???

The truth of the matter is that most parents cannot afford private schools.  The only options other than their neighborhood school is to move, homeschool or pray that their child’s number gets pulled so that they can attend one of the few good charter schools out there.  I am one of those parents.  My husband was homeschooled and I survived through basal readers in the 80’s.  I have taught in two amazing and progressive public schools but even they have been forced to bury their philosophies and beliefs and adopt a “Miracle Literacy Program”.

I am at a loss as a parent as to what I should do. Do I send my son to our local public school?   We live in one of the top 5 wealthiest towns in our state but our school is still a “school in need of improvement”.  The children are flooded with worksheets, basal readers and very little time is devoted to science and social studies.  Do I seek out a charter school?  We do have a few around but it would be a bit of a commute to get to them.  Do I homeschool?  I do worry that one child would love this option and the other would not.  Do we move??  Where do we go, most of the public schools are headed down the same path of destruction.  What do I do????

If money were no issue, my decision would be clear.  I would send my children to a private school that was not focused on testing but rather allowing children to grow as individuals, explore their natural world and encourage their independent thinking.  Maybe the answer is to start my own school……